ANTON MALLICK WANTS TO BE HAPPY

Enough is enough. I dont want to be a pessimist, or a victim, any more. I reject the status of black hole. This notebook, which I address and dedicate to Vidor Mallick, inveterate gambler and amateur loan shark, is proof of my will to optimism, that is, my great desire to become a man of a sunny disposition, happy, normal, one of these guys who spring out of bed every morning and have answers for pretty much every single one of lifes many questions.

After an unexpected incident triggers his first anguish attack in months, Antón is dead set on putting an end once and for all to his woeful days. Masterly woven into novel form by Nicolás Casariego, his journala miscellanea of narrative, reflection, and witty comments on famous self-help books and the works of great philosophers and renowned authorswill bear witness to his quest for happiness. An action-packed book with a refreshing tone, a sharp outlook, and, above all, plenty of humor.


Nicolás Casariego is author of the novel Dime cinco cosas que quieres que te haga (1998), the books of stories La noche de las doscientas estrellas (1999) and Lo siento, la suma de los colores da negro (2007) and the essay Héroes y antihéroes en la literatura (2000). In addition, he has published stories in various anthologies and newspapers, travel articles for El País and El Mundo, and is co-scriptwriter of several feature films.
Cazadores de luz ( 2005), his second novel, was finalist for the Nadal Award 2005. He is also author of the childrens series Marquitos detective (2007), Marquitos caballero (2009) and Marquitos ladrón (2012).
After the Spanish edition of Antón Mallick Wants to be Happy, his latest title is Carahueca (2011), a movie tie-in book of the screenplay he co-wrote for Clive Owens project, Intruders. The film has been directed by Juan Carlos Fresnadillo and produced by Universal Pictures.
In 2008 he was awarded the Writers Omi residence fellowship for international writers at Ledig House, New York. 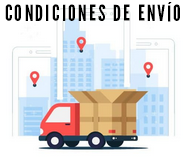